Vulcan won the George Campbell Award for outstanding achievement in the completion of a difficult or complex industrial coatings project, for its work painting the six historic rockets at NASA's Marshal Space Flight Center in Huntsville, AL. Owned by the Smithsonian and on loan to MSFC, the rockets needed painting to preserve their structure and maintain them as one of the main visitor attractions at MSFC. The rockets range in age from the V-2, developed by Germany before World War II, to the Saturn I, one of 10 rockets that flew between October 1961 and July 1965.

A lead-containing paint removal plan and capture and collection of paint chips, blast media and other debris was required, and the contractor was responsible for recording and submitting for approval all graphic markings, including lettering, for each rocket before surface preparation so each could be repainted to match pre-weathered finish conditions.

The project involved using different coating systems, technology and equipment, to preserve landmark materials and collect all hazardous byproducts so they were not released into the atmosphere or ground. The newly maintained rockets are now preserved and ready for visitors to the Marshall Space Flight Center for years to come.

Vulcan also won the E. Crone Knoy Award for outstanding achievement in commercial coating work that demonstrates innovation, durability or utility, for the Opelika Sportsplex project, 72,000 square feet of new construction. The space includes a recreation center with full-sized gym, pool, track and other activity areas and a new three-field soccer complex. The specifications called for more than a dozen different coating systems to be applied to substrates that included roof structure, concrete and masonry walls, concrete floor surfaces and pool equipment. Pool chemicals and high humidity required the use of high performance coatings systems that are not typically specified on architectural projects. 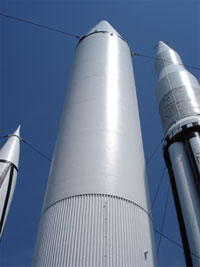 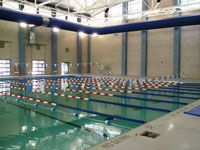