What is the Difference Between a Commercial and an Industrial Paint Job?

By Jeff Theo, vice president for business development at Vulcan Painters. He holds the Protective Coating Specialist (PCS) designation from SSPC-The Society for Protective Coatings, and he is a Level 3  SSPC Protective Coatings Inspector.  Jeff has worked in the coatings industry for 30 years and served on industry committees to set standards for coatings application.

Vulcan Painters is an industrial painting contractor, yet we still get asked, do we paint houses or rims on car wheels? (The answer is no, we don’t.) Just for a moment, we’ll leave out surface preparation, training, state, local and federal regulations and the many other considerations that go into painting and coatings, and just talk about the difference between industrial and commercial coatings application.

At its most basic, the difference between industrial and commercial painting in general is that one is aesthetic and the other is protective.

Vulcan Painters is a certified SSPC QS1 contractor, and SSPC QS1 is the certification used in a specification when there is a quality critical application.  That’s why there is a QS1 in the specification on a fuel tank we are coating now at Ft. Benning. If someone scratches the wall in a commercial office, it looks bad. But if there is a scratch in the liner of a fuel tank, chemicals could get to the surface and attack it; failed coating could contaminate fuel.

In other examples of quality critical coatings, if the liner fails in a secondary containment of hazardous chemicals, those chemicals could attack the concrete or steel structure and leak into the ground.  Anti-slip coatings prevent dangerous falls; fireproofing that is not applied correctly could be a disaster.

Surface preparation, mixing, thinning and applying coatings are all different in industrial painting. There are more stringent procedures for industrial coatings.  The thickness of the film of paint may not matter on a sheetrock wall, but can be critical to a primer on metal. Industrial coatings often have mix ratios, required material temperatures, a defined pot life (the amount of time the product can be applied after it is mixed), required film thickness, and recoat windows (the amount of time during which a second coat must be applied).

Commercial paint is like lipstick; protective coatings are Chapstick--one is beautiful, the other protects.  A human hair is 17-101 microns; a mil is 25 microns. We are applying coatings in mils that are the thickness of 2 or 3 human hairs, and applying them outdoors in a diverse range of conditions, that can include 10-15 mile an hour winds, and a stage or crane platform 30-50 feet above the ground. Tackling that job successfully takes different training, skills and teamwork. 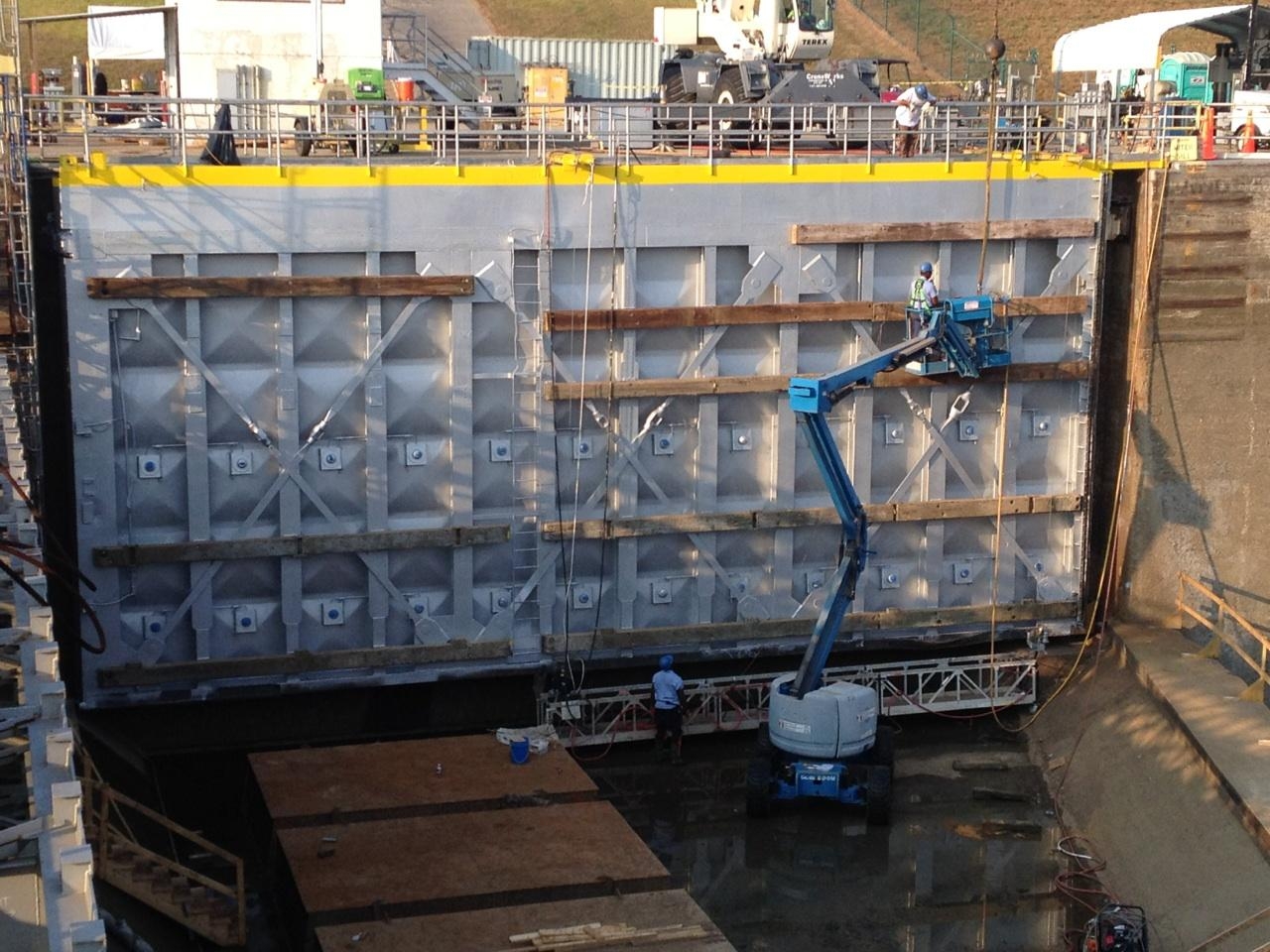 Coating a miter gate on the Tombigbee Waterway in Demopolis, AL