The project work involved creating an ICRI CSP-3 profile on concrete floors and repairing them before painting with a 3-coat self-leveling epoxy system.  Painters performed lead abatement on parts and machinery using SSPC QP-2 protocols and containment, and scaffolding was built to reach many areas of the powerhouse.  An aerial lift was brought in for access to wash the cornice and the brick exterior of the powerhouse.

All the work was done with careful attention to retaining much of the building’s historic significance, and updating a working dam and powerhouse.  Lay Dam’s 100 year anniversary was celebrated by Alabama Power Co. shortly after the project was completed.

Award:  This project won Vulcan Painters a George Campbell award at the SSPC-Society for Protective Coatings annual meeting and awards ceremony at the SSPC convention January 18 in San Antonio TX. 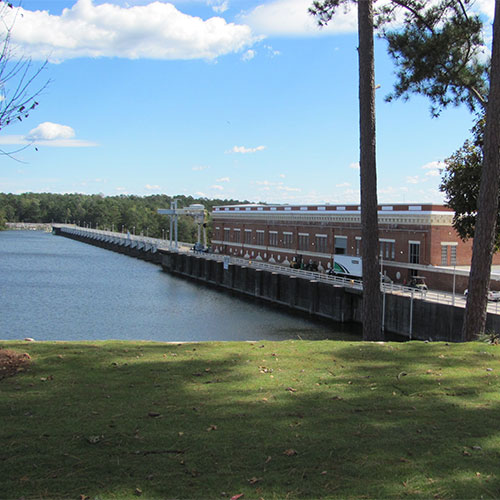 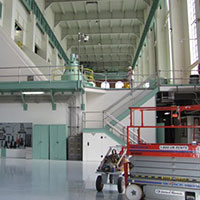